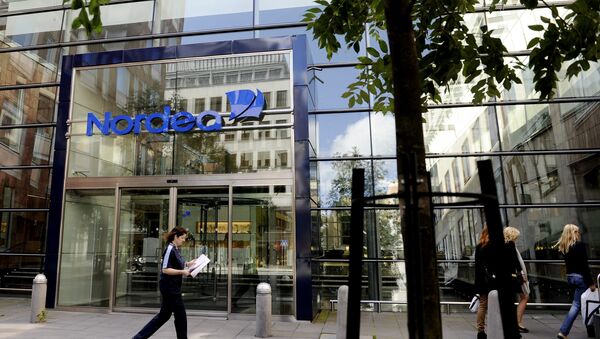 © AFP 2021 / JESSICA GOW / SCANPIX SWEDEN
Subscribe
Sweden's Nordea financial group said on Wednesday in a statement that it has blocked 68 accounts during its investigation into the so-called Panama Papers revelations on the use of offshore tax havens.

MOSCOW (Sputnik) — Soon after the April  Panama Papers revelation, Nordea initiated an investigation into the activities of the Nordea Bank S.A. in Luxembourg (NBSA), which was repeatedly mentioned in the documents.

"NBSA has taken immediate action and blocked the accounts where suspicious indications were found. This goes for the 68 cases highlighted by Group Compliance," the press release reads.

MEPs Call for Panama Papers Law Firm to Testify in EU Tax Probe
It was noted in the press release that the suspicious accounts were being investigated and if the inquiry revealed that customers did not comply with the relevant rules concerning declaration and taxation, their accounts would be closed.

In April, the Swedish Dagens Industri financial daily reported that Nordea is mentioned in the leaked documents some 10,000 times.