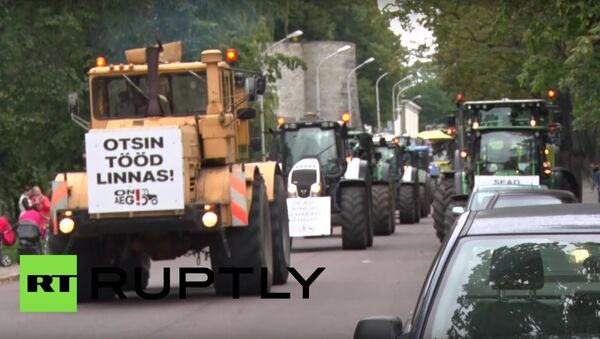 MOSCOW (Sputnik) — On July 1, the Council of the European Union prolonged the economic sanctions targeting specific sectors of Russia's economy until January 31, 2017.

"[Estonian] business is unhappy with the continuation of sanctions against Russia. Prominent representatives of the Estonian business say that the restrictive measures cause direct harm to the Estonian economy. Last year, the [bilateral] turnover fell by more than 30 percent," Petrov told Izvestiya newspaper in an interview.