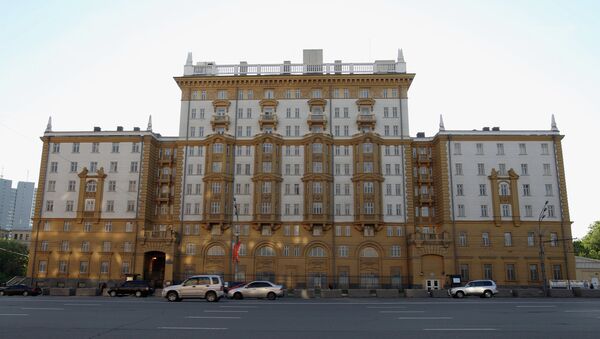 The United States cannot verify the authenticity of a video purportedly depicting a tussle between a Russian security officer and American diplomat outside the US embassy in Moscow, Department of State spokesperson John Kirby said in a briefing on Thursday.

WASHINGTON (Sputnik) — On June 6, according to media reports, a Russian Federal Security Service (FSB) guard stationed outside the US embassy in Moscow got into a physical altercation with an American diplomat who was allegedly attempting to enter the compound.

"I am not in a position to verify the authenticity of the video," Kirby stated when asked about a video posted online by a Russian television network. "I don’t know the source of it."