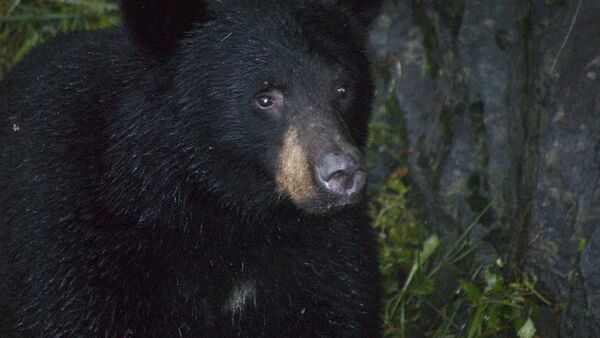 A former featherweight boxer in Ontario, while walking his dog, punched a 320-pound black bear in an unexpected encounter -- and made it home with only scratches.

Surprise: Bear Crashes Kid’s Birthday Party (Literally) and Eats Cake
Rick Nelson, 61, was out for a stroll with his dog on Sunday when a black bear cub poked its head out of some nearby shrubs.

“It was so close I could touch it. It let out a yelp, because I scared the heck out of it,” Nelson told the Canadian Broadcasting Corporation.

Nelson, who has experience hunting bears, knew that the mother would soon arrive.

“I knew right away I was in trouble,” he told the CBC. “It’s calling for mommy.”

Soon, the mother ran up aggressively, standing on her hind legs and eying Nelson.

“The mother was coming full speed,” he said. “And it came and it meant business.”

The bear swiped at Nelson, who responded by hitting her with his right-hand, cutting his knuckles on the bear’s teeth. The bear swung again, and scratched Nelson’s face and chest. Nelson, being trained in boxing, was able to think quickly.

“I knew it would swing first with its left but it would really come with its right, because most bears are right-handed,” he said.

“I did an underhand and hit it right in the snout,” he said. “Believe me, when you’ve got adrenaline pumping, you can hit. Even at 61 with grey hair, you can still hit hard.”

The cub squealed and began to run away, and Nelson hoped that the massive mother would follow.

“Now it was the moment of truth. What’s this bear going to do? Is it going to follow its cub … or is it going to come back after me?” Nelson said. “To tell you the truth, that was the only time I was afraid … I had no chance, I didn’t stand a prayer. This bear was 320 pounds, and when it stood up it’s taller than I am.”

Black bears are generally no threat to humans, unless a cub is involved. Nelson pointed out that black bears are ordinarily more afraid of humans than we are of them.

“It turned around and it was snorting blood. It looked at me, and I thought, ‘Oh no. Here it comes,’” he said. Then, “It just turned back around and walked away like nothing ever happened and followed the cub. So I really lucked out there.”