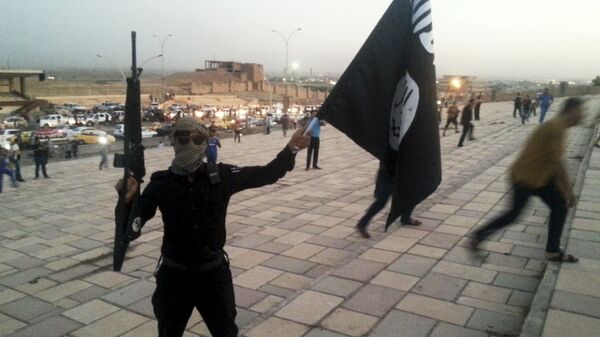 © REUTERS / Stringer/Files
Subscribe
International
India
Africa
Daesh gives three choices to new recruits who want to join as fighters. The choices are deadly both for the fighters as well as for the victims.

Daesh Sees Jordan's Ruling Dynasty as Even 'Worse Than America'
New Delhi (Sputnik) – “‘Mukatil’, ‘Istishadi’ or ‘Al-Inghmasi’ —  these are the three choices available to the fighters in Daesh,” highly placed  sources in the Indian Home Ministry told Sputnik.

Home Ministry sources said that, “Whenever a new member joins the fold of Daesh they are given three choices. If the fighter wants to serve at the front then they are called ‘Mukatil’, while those who want to serve as a suicide bomber are called ‘Istishadi’ and ‘Al-Inghmasi.’ Jihadists from both categories do not expect to return, however ‘Al-Inghmasi’  are held in highest esteem by the top echelons of Daesh.”

This modus operandi of Daesh was revealed by Daesh suspects whom Indian Intelligence Agencies have arrested in different locations and they are now in the custody of National Investigation Agency (NIA).

In fact, these Daesh suspects also disclosed that the Paris and Brussels terror attacks might have been carried out by ‘Istishadi’ fighters. According to them ‘Istishadi’ fighters attack their targets directly and shoot their weapons till the last, sources told Sputnik.

According to Defense expert Qamar Agha, “Both ‘Istishadi’ and ‘Al-Inghmasi’ fighters are Jihadis. They are highly indoctrinated by Daesh to wage jihad in the name of Allah. They consider death as an ultimate path to martyrdom.”