This is Why Russia May be Among Biggest Winners After Brexit 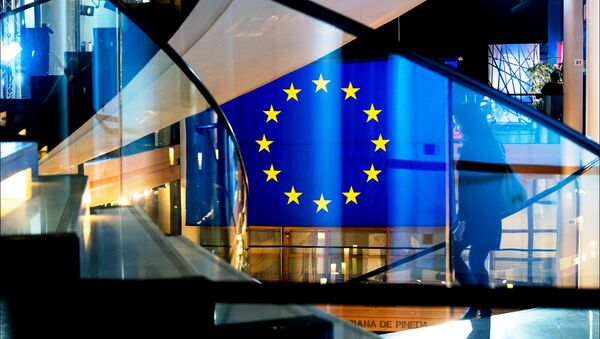 Russia could be the winner after Britain, one of the most avid supporters of anti-Russian sanctions, will leave the European Union, Frank Holmes, managing director of US Global Investors, wrote in an article.

After London withdraws from the bloc it will be difficult for the remaining members to make a unanimous decision on sanctions against Russia, Holmes wrote in his article for Forbes.

Such countries as Austria and Hungary have called to remove or at least ease sanctions. Finland, Poland, and the Baltics are trying to compensate losses due to disrupted trade ties with Russia.

Russia
Despite Sanctions, Many Russian Industries 'Are Booming'
Moreover, the French parliament recently adopted a resolution to urge Brussels to remove all sanctions. Meanwhile, Italy’s Upper House of Parliament approved a resolution against any automatic extension of sanctions.

Nevertheless, Brussels has extended sanctions against Moscow by another six months.

"Given the diversification of our economic policy, the EU risks permanently losing in the long term a number of Russian market segments important to it," the Russian Foreign Ministry commented on the extension.

Exclusion of Britain from the EU decision making could help Moscow renegotiate the terms, Holmes wrote.

"However, there’s mounting pressure among individual EU member states to drop or at least soften sanctions, and with Britain, the bloc’s strongest supporter of restrictions, voting to leave, an opportunity to revisit terms could surface sooner than expected," the article read.

However, it will take London two years to officially complete the withdrawal procedure so sanctions against Russia will not be lifted immediately, the author noted.

Former NATO official and senior associate of the consultancy group Rasmussen Global Fabrice Pothier said that the sanctions policy against Russia will weaken because of Brexit.

"The biggest blow is on the Russian sanctions… Sanctions policy is going to be weakened, because the UK’s voice will not be as big as we hoped," he told The Wall Street Journal.

Failure to Settle Ukraine Crisis Makes Anti-Russia Sanctions Unproductive
Relations between Russia and the West deteriorated amid the 2014 crisis in Ukraine. The European Union, the United States and their allies have introduced several rounds of anti-Russian sanctions since the reunification of Crimea with Russia in 2014, accusing Moscow of meddling in the Ukrainian conflict, a claim Russia has repeatedly denied.

Washington and Brussels imposed sanctions against Russian individuals and the Russian defense, energy and banking sectors in July 2014. Russia responded by introducing a food embargo on imports from the United States, the European Union and other countries that targeted Russia.