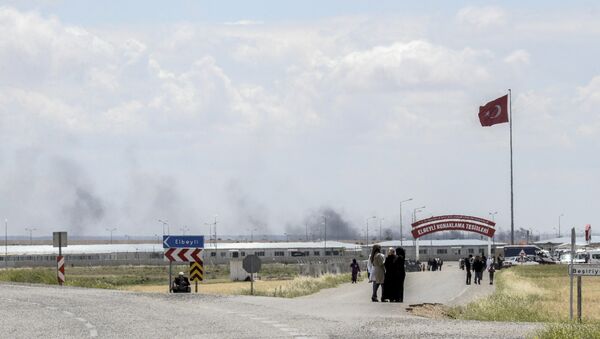 Syria hopes Russia will influence Turkey to close its southern border to prevent terrorists from traveling to the war-torn country, Syrian Ambassador to Moscow Riyad Haddad told Sputnik on Thursday.

Moscow Expects Closer Cooperation With Turkey on Syrian Settlement
MOSCOW (Sputnik) – On Wednesday, Russian President Vladimir Putin and Turkish President Recep Tayyip Erdogan held a phone conversation for the first time in more than seven months. The leaders agreed to restore cooperattion, inluding in the spheres of trade, tourism and the fight against terrorism.

"We in Syria hope that our strategic partner Russia will be able to have an impact on Turkey to make it respond to the international community, to international law, and to close the Syrian-Turkish border to stop the infiltration of terrorists," Haddad said.