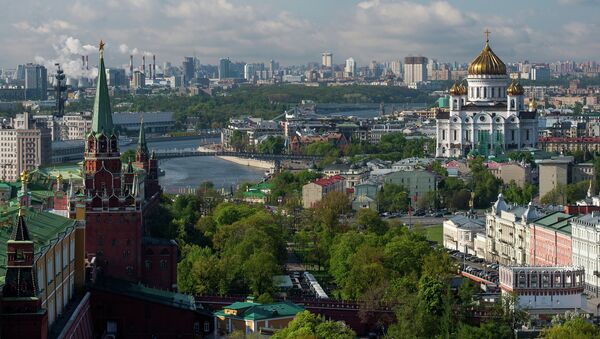 © Sputnik / Alexander Vilf
/
Go to the photo bank
Subscribe
The Russian government has been busy working on specific measures needed to fully restore ties with Turkey after President Recep Tayyip Erdogan apologized for the November 28 incident that sent relations between two partner nations into deep freeze.

"Technically, we should clearly expect that the executive order on special economic measures against Turkey signed by the Russian president on November 28 will be repealed or amended," the Kommersant newspaper explained. "But heads of ministries and departments have already said that they are preparing their proposals aimed at boosting relations."

Rapprochement With Russia 'Will Lead to Turkey's Cooperation With Syria'
The Russian leadership appears to be intent on mending the ties as soon as possible. Russian Minister of Construction and Housing and Utilities Mikhail Men mentioned that sanctions on Turkish construction companies could be lifted "relatively swiftly." Russia's Deputy Prime Minister Dmitry Kozak provided a more specific timetable of "one – two weeks."

The same goes for the food embargo and the ban on charter flights to Turkey. Deputy Prime Minister Arkady Dvorkovich confirmed that a decision to lift these restrictions will be made "in the coming days."

Additional restrictive measures that Moscow introduced after Ankara downed a Russian bomber that was on an anti-Daesh mission in northern Syria include extra screenings in port cities of Crimea, and more broadly in the Sea of Azov and the Black Sea.

These restrictive measures will most likely be lifted in the next two months, the daily added. 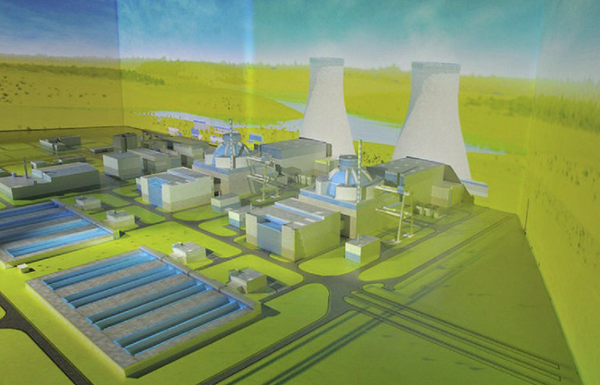 Yet the fate of the two key bilateral projects, the Akkuyu Nuclear Power Plant and the Turkish Stream, is in Turkey's hands, not Russia's. Both initiatives were frozen, but not canceled following the November 24 incident. Yet even before a Turkish F-16 fighter jet fired a missile at the Russian Su-24 aircraft those projects were proceeding at a very slow pace because of Turkey.

Erdogan Confirms Plans to Meet Putin at G20 Summit in China
Russian and Turkish relations are not without their challenges. These could to an extent be attributed to the fact that Ankara lacks a broad and cohesive strategy on dealing with Moscow, journalist Cenk Başlamış, who heads the Russian-Turkish Center of Strategic Studies, told Sputnik. It is a problem that appeared long before Erdogan came to power.

In his opinion, the lack of strategy could explain why so many Turkish leaders made "contradictory" statements in the wake of the Su-24 downing. It is also behind "tough" rhetoric towards Russia.

"If Turkey had a cohesive and balanced strategy on Russia, the state or those who represent it at the highest level would abide by it," he noted, adding that relations with Moscow should not be based on "the momentary balance of power."

Russia "is the most powerful country in the region. It is a serious player. At the same time, some in Turkey often view Moscow as a means used to manipulate relations with other countries," the journalist lamented. "This is how it works: [Turkey says], 'Hey, don't annoy me or I will go to Russia.'"

Recent developments indicate that this is about to change.

After all, Erdogan referred to Russia as "a strategic partner" in the letter addressed to Putin. "Correct me if I'm wrong, but it is the first time that Erdogan used this description in relations with Russia," the expert said. "This is an important moment."

000000
Popular comments
Good news. US and NATO will be fuming and spitting chips. This should d-escalate regional tension and the Saudi regime will have to back pedal in their attempt to over throw Assad.
John Mason
30 June 2016, 11:11 GMT
000000
Turkey cannot isolate Russia without losing something 'big' for their country. So Turkey needs Russia.

Bose
30 June 2016, 11:31 GMT
000000
Newsfeed
0
New firstOld first
loader
LIVE
Заголовок открываемого материала
Access to the chat has been blocked for violating the rules . You will be able to participate again through:∞. If you do not agree with the blocking, please use the feedback form
The discussion is closed. You can participate in the discussion within 24 hours after the publication of the article.
To participate in the discussion
log in or register
loader
Chats
Заголовок открываемого материала
Worldwide
InternationalEnglishEnglishMundoEspañolSpanish
Europe
DeutschlandDeutschGermanFranceFrançaisFrenchΕλλάδαΕλληνικάGreekItaliaItalianoItalianČeská republikaČeštinaCzechPolskaPolskiPolishСрбиjаСрпскиSerbianLatvijaLatviešuLatvianLietuvaLietuviųLithuanianMoldovaMoldoveneascăMoldavianБеларусьБеларускiBelarusian
Transcaucasia
ԱրմենիաՀայերենArmenianАҧсныАҧсышәалаAbkhazХуссар ИрыстонИронауОssetianსაქართველოქართულიGeorgianAzərbaycanАzərbaycancaAzerbaijani
Middle East
Sputnik عربيArabicArabicTürkiyeTürkçeTurkishSputnik ایرانPersianPersianSputnik افغانستانDariDari
Central Asia
ҚазақстанҚазақ тіліKazakhКыргызстанКыргызчаKyrgyzOʻzbekistonЎзбекчаUzbekТоҷикистонТоҷикӣTajik
East & Southeast Asia
Việt NamTiếng ViệtVietnamese日本日本語Japanese中国中文Chinese
South America
BrasilPortuguêsPortuguese
NewsfeedBreaking
07:24 GMTDanger Zone: Tom Cruise Hangs From Wing of Flipping Plane for New Mission: Impossible Movie - Photos
06:56 GMTItalian Police Raid Juventus Offices as Part of Probe Into Player Transfers
06:37 GMTBJP MP Gautam Gambhir Receives Third Death Threat After Similar Messages From 'Daesh Kashmir'
06:06 GMTQueen Elizabeth II Picks Up Her 'MI6 Anti-Hacker Encrypted' Phone 'for Two People Only'
06:01 GMTFukushima Plant's Operator Starts Surveys to Prepare for Wastewater Dump, Reports Say
05:52 GMT'All Mouth and No Trousers': Boris Johnson 'Fed Up' With Priti Patel Over Migrant Channel Crossings
05:35 GMTFood Prices in Israel Much Higher Than in EU, Here's Why
04:46 GMTCOVID-19 Live Updates: Israel Closes Borders for Two Weeks Over Omicron Strain Fears
03:42 GMTHis Life, His Rules: Biden Spotted With Mask Down on His Chin While Inside Shop
03:28 GMTSouth Africa Laments Travel Restrictions, Calling Them ‘Punishment’ For ‘Excellent Science’
02:57 GMTGhislaine Maxwell Ready to Take Stand at Trial to 'Save Her Own Life' - Report
01:58 GMTMike Tyson Reveals Marijuana Makes Him 'Different Person' as He Launches New Cannabis Line
01:52 GMTConcerns About Spread of New Covid Strain Rise as Another Migrant Caravan Crosses Into US - Report
01:28 GMTMass Theft Occurs at Best Buy Store in Minnesota, Police Say
00:26 GMTTrump Keeps Mt. Rushmore Sculpture With His Face on It on Display in His Office
00:01 GMTA Glimpse of Hope: Biden Approval Rating Climbs 2 Points, But Still Scores Low on Economy - Poll
YesterdayAbbott Says Texas Is Ready For Possible Cold Winter Due to ‘Dozen Laws’ Signed
YesterdayBarnier Says France Has to 'Be Ruthless With the British' Amid Migrant Crisis - Report
YesterdayEx-Labour Leader Corbyn Slams 'Irrational' Suspension From Party One Year On
YesterdaySudanese Army Repels Attack by Ethiopian Troops With Casualties on Both Sides