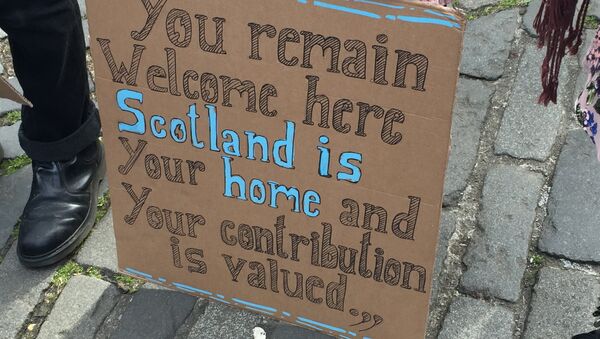 The Scottish Parliament cannot block the United Kingdom (UK) exit from the European Union (EU), a lawmaker from the UK Conservative Party and a law professor, Adam Tomkins, said on Sunday.

MOSCOW (Sputnik)  — On Sunday, Scotland’s First Minister Nicola Sturgeon said she may ask the Scottish parliament not to back UK’s decision to leave the European Union. She added that previously her government was going to enter in negotiations with EU nations in order to "protect Scotland’s place" in the European Union.

Lots of nonsense on here about Holyrood having power to block or veto Brexit. It has no such power.

​According to Tomkins, Scottish Parliament "has the power to show or to withhold its consent. But withholding consent is not the same as blocking."

The majority of Brits voted in Thursday’s referendum to quit the European Union, despite London, Scotland, and Northern Ireland voting predominantly against.

Party with the largest percentage of Leave voters amongst its supporters was the SNP: