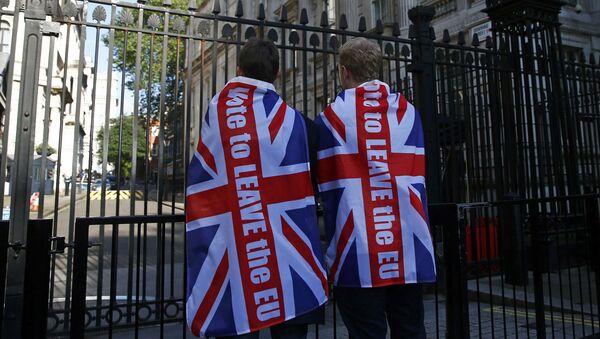 The European Commission should revise the direction it is moving along in the wake of the United Kingdom's decision to leave the European Union, French lawmaker Thierry Mariani said.

MOSCOW (Sputnik) — On Thursday, the United Kingdom held a referendum on its membership in the European Union, with Prime Minister David Cameron calling on the UK nationals to vote to remain. Earlier Friday, it was announced that 51.9 percent of voters supported Brexit.

"I think the obligation now is to have a new project of Europe, to take a new direction, to be more clear and to be more clear in many issues – migration, economic protection. Now the ball is on the side of the European Commission, if the Commission says we have heard the message, we have changed the politics, we decide maybe not to continue in the same direction, in the same way, I think the vote of the British could be a good thing," Mariani said.

"I am not surprised, this result was predictable, because the situation in Europe at the moment is not good, there is absolutely no project," Mariani said.

He also said that the prime minister should resign after the referendum results, however, earlier in the day, Cameron said he would not step down.