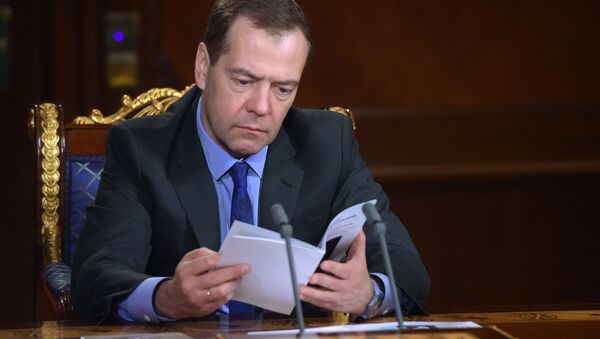 World
What Makes Russia’s Policy in Asia-Pacific Different From That in Europe
MOSCOW (Sputnik) — Russian Prime Minister Dmitry Medvedev will participate in the 11th Asia-Europe Meeting (ASEM) Summit of Heads of State and Government held on July 15-16 in Mongolia's Ulaanbaatar, the press service of the Russian government said Thursday.

"The heads of state and government will review the forum’s performance over the past 20 years, discuss the build-up of practical cooperation within ASEM, including with the aim of strengthening region-to-region ties, and also look at the prospects of improving this multilateral instrument," the statement read.

The summit will reportedly conclude with the adoption of the Ulaanbaatar Declaration and the statements by Mongolia as the country hosting the 11th ASEM Summit.

ASEM is an informal dialogue and cooperation platform established in 1996 which brings together 53 countries.