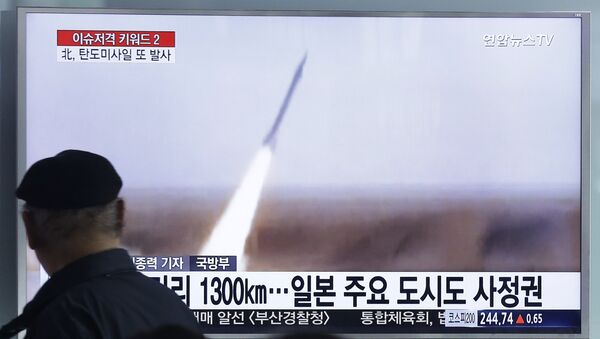 South Korea's Defense Minister Han Min-goo is paying an official visit to Paris where he is scheduled to meet his French counterpart to discuss the situation with North Korea, the South Korean Defense ministry said Tuesday.

N Korea Hackers Steal Wing Blueprints for US F-15 Fighters
MOSCOW (Sputnik) — According to Yonhap news agency, Han will meet French Defense Minister Jean-Yves Le Drian on Wednesday. In addition to the talks on North Korea, which will focus on joint actions against Pyongyang's nuclear and missile ambitions and nuclear non-proliferation efforts, the two ministers are expected to discuss bilateral defense cooperation measures and their potential expansion.

Han's visit is set to continue on Thursday and is organized at the French initiative.