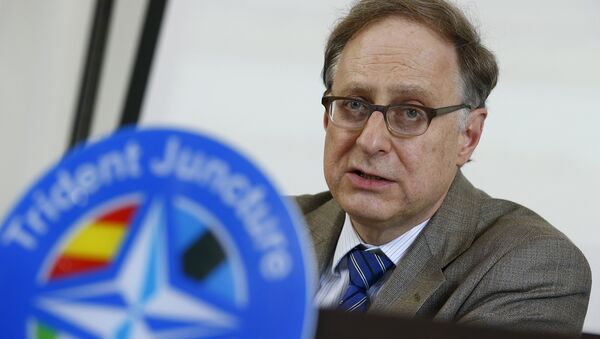 'Losing Autonomy': NATO Buildup Against Russia Creates Risks for Europe
GENEVA (Sputnik) — However, NATO does not give up an idea on resuming a strategic partnership with Moscow, the alliance's deputy chief added.

"Chief among the challenges [in Europe] are the actions of a more aggressive and assertive Russia, and the tide of violence and instability which has swept across the Middle East and North Africa. Those are the two biggest challenges we face but, of course, there is much else besides: missile proliferation, cyber attacks, threats to our energy security, terrorism," Vershbow said in his opening remarks at the 11th International Security Forum.

NATO suspended all practical civilian and military cooperation with Russia after the Ukraine crisis broke out in April 2014, although channels for political dialogue and military to military communication remained open.