Next Palestinian-Israeli Peace Conference to Take Place in September - FM 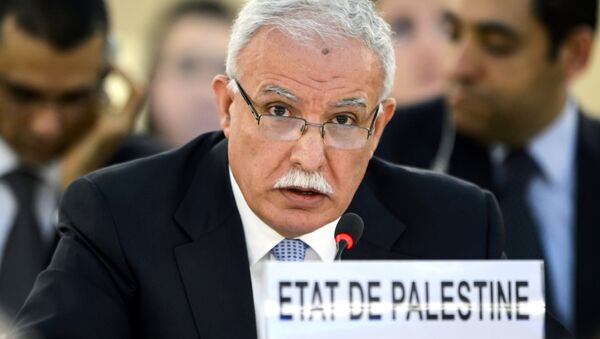 Talks With Lavrov Chance to Discuss Mideast Settlement - Palestinian FM
MOSCOW (Sputnik) — On June 3, France hosted an international conference on establishing a strategy to resume Palestinian-Israeli peace talks. The event was not attended by Israeli and Palestinian representatives.

"The conference communique said that the next conference will take place in September. If it is the same as a year ago on the sidelines of the UN General Assembly, a conference for the sake of a conference, then it will be a step backward…The aim of the conference was not the start of talks, but providing for a consensus with regard to the start of the talks. The Israelis and Palestinians did not need to take part in the conference. An international support group must work out the overall principles of reaching peace between Palestine and Israel," Maliki said in an interview with Russia's Rossiya-24 news channel.