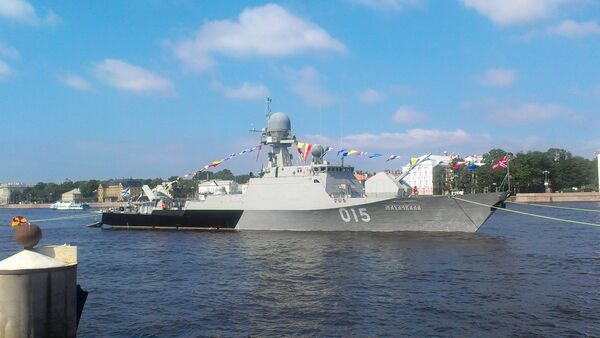 KADEX-2016 is a biannual event and has been held since 2010. The fourth exhibition, taking place on June 2-5 in Astana, is attended by over 300 military equipment producers from around the world showcase aircraft and space technologies, army and navy armaments, air defense systems, IT technologies and robotic systems and military equipment utilizing alternative energy sources. A total of 40 Russian companies are attending the event.

"At KADEX-2016, we expect interest in the missile boat equipped with the Kalibr-NK cruise missile system, built on the basis of the Project 21632 Tornado Buyan-class corvette, as well as the new Project 12300 Scorpion and project 22500 gun boats and project 12701 Alexandrit coastal minesweepers," Ponomarev told RIA Novosti.

The project Project 21632 Tornado corvette is an export version of Project 21630, One of the Russian Navy's newest corvettes, with the first vessel of the class joining Russia's Caspian flotilla in 2006. The Scorpion missile and gun boat is designed for coastal border patrols and vessels of the project are still under construction.