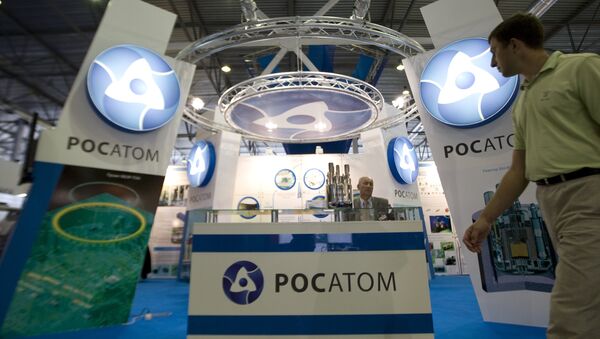 During these talks, "satisfaction was expressed with regard to the progress in agreeing a contract on preliminary research for the reprofiling of the Iranian Fordow facility to produce heavy isotopes," the statement reads.

The reprofiling of the Fordow facility was stipulated in the Joint Plan of Comprehensive Action (JCPOA) nuclear deal reached between Iran and six world powers, including Russia and the United States, in July 2015.

In April, Russia’s permanent envoy to the International Atomic Energy Agency (IAEA) and other international organizations in Vienna, Vladimir Voronkov, said that the type of table isotopes to be produced at Fordow had been determined. According to Voronkov, production at the reorganized facility could start in 2018.