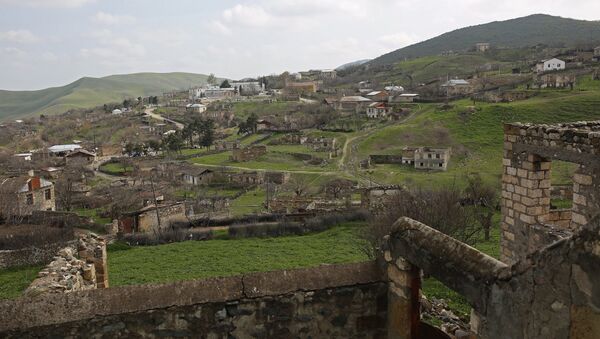 "We are grateful to Russia for its assistance in resolving the Armenian-Azeri, Nagorno-Karabakh conflict. Azerbaijan supports peace in the region," Asadov said, as quoted by the Azertac news agency.

The conflict in mountainous Nagorno-Karabakh area erupted in 1988 when it sought to secede from the Azerbaijan Soviet Socialist Republic. It proclaimed independence after the collapse of the Soviet Union in 1991. The warring sides agreed to a cessation of hostilities in 1994.

Situation in Nagorno-Karabakh deteriorated in April, with Armenian and Azeri sides accusing each other of provocations and attacks. On April 5, Azerbaijan and Armenia signed a ceasefire in Moscow under the Russian mediation.