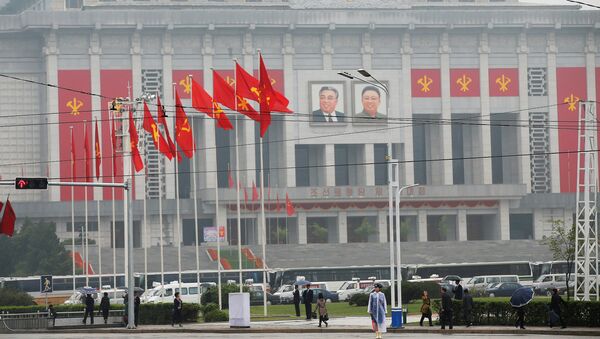 International sanctions imposed against north Korea are detrimental to its health and science and should be eased, a group of three Nobel Prize winners said Saturday.

MOSCOW (Sputnik) – According to the BBC, Nobel laureate for economics Prof Finn Kydland, Aaron Ciechanover, who won a Nobel Prize for Chemistry and Nobel laureate for medicine Sir Richard Roberts visited Pyongyang as North Korea hosted its first Congress of the ruling Workers' Party since 1980.

"We didn't come to criticise them… you cannot turn penicillin into a nuclear bomb… You don't pressurise via making people sicker," Ciechanover said in Beijing as quoted by the British broadcaster, speaking of the anti-Pyongyang sanctions.

Roberts, in turn, said he was "quite impressed" with the progress North Korean scientists had reached.

"This embargo is really hurting the scientists and that's a great shame," he said.

Since the start of 2016, North Korea has tested a nuclear device, followed by a series of short and medium-range rocket launches, and a long-range missile test. In response to Pyongyang’s actions, the UN Security Council imposed sanctions on North Korea in February, followed by additional sanctions by the United States.