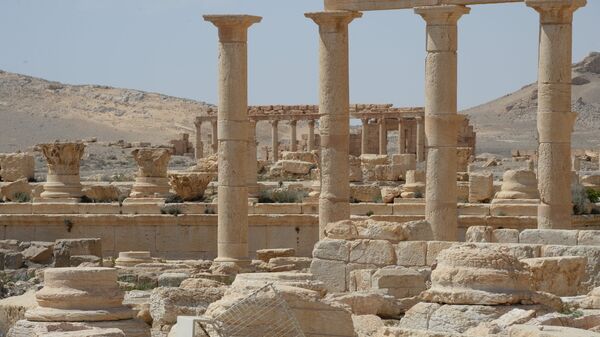 6,500 Smuggled Artefacts Are Back to Syria
PALMYRA (Sputnik) – Halil said that the Syrian government took “early measures and moved a large portion of the valuable artefacts and put them in a safe place.”

“In reality, the terrorist groups are robbing the historic artefacts and under [Turkish President Recep Tayyip] Erdogan are selling them on the black market. Erdogan’s government is involved in helping terrorists, stealing oil, and the theft of historic artefacts. And helping them smuggle them over the border,” Halil told RIA Novosti in an interview.

Earlier, the head of Syria's Directorate-General for Antiquities and Museums (DGAM) told Sputnik that Ankara refused to cooperate with Damascus on returning of ancient artifacts smuggled by Daeshfrom Syria through Turkey.