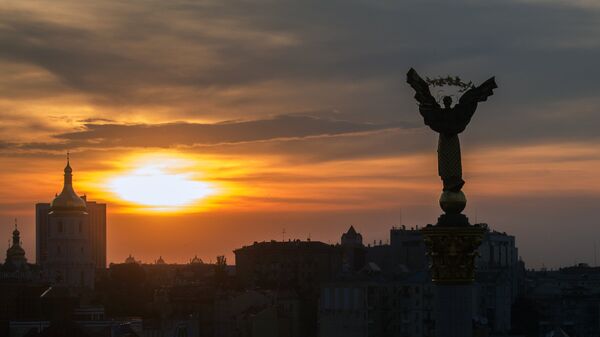 The economic and political choices the new Ukrainian government will make in the coming months will define Kiev’s future, "shadow CIA" Stratfor said.

WASHINGTON (Sputnik) — Ukraine could face another round of political tensions in the coming months despite recent changes in the government, the US-based intelligence assessment company Stratfor said in a report on Thursday.

"A leadership change in Ukraine will bring stability in the short term, but political infighting could resume as long as domestic and foreign challenges linger," the report stated.

Merger Fever: Defining Groysman’s Appointment as Ukraine’s New PM
Stratfor argued that the new speaker could help Ukraine get back on track of reforms, whose delay caused the International Monetary Fund (IMF) to postpone disbursement of financial aid.

However, Stratfor also noted that Ukraine could face early elections if the general public is dissatisfied with the state of the economy and the slow pace of reforms.

"Early elections could keep the new government from implementing reforms, which could halt or reverse Ukraine's efforts to integrate with the West," the report claimed.

Stratfor underscored that the economic and political choices the Ukrainian government will make in the coming months will define Kiev’s future.