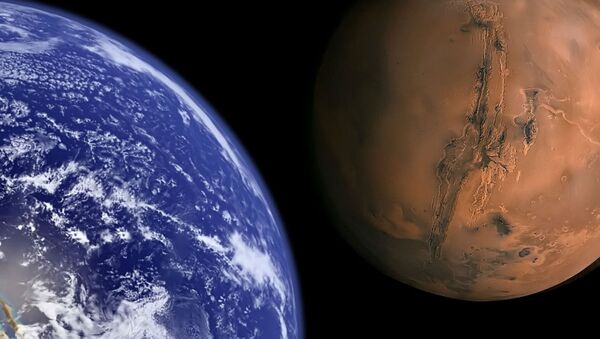 Proton-M With Eutelsat 9B Satellite to Be Launched Saturday – Roscosmos
MOSCOW (Sputnik) — According to Kirienko, using existing technology, a spacecraft takes around 18 months to reach Mars and it has no way of returning back to Earth or to maneuver while en route.

"Installing a nuclear engine will allow [a spacecraft] to fly to Mars in a month and a half and to come back, as the spacecraft would retain the ability to maneuver," Kirienko said, addressing the Federation Council.

Moscow is a world leader in the sphere of atomic energy. At the moment, Rosatom, which incorporates many enterprises and nuclear institutions, is constructing 41 nuclear reactors, of which 34 are abroad.