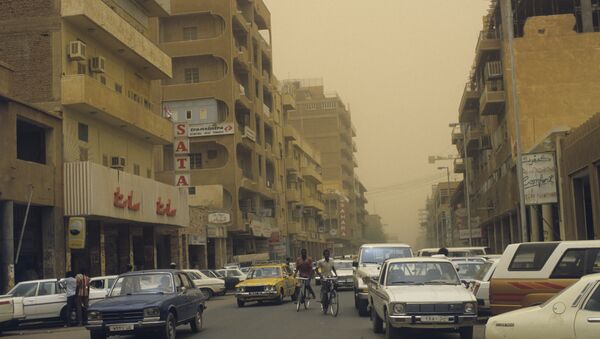 The Russian Foreign Ministry said that Sergei Lavrov discussed with his Sudanese counterpart Ibrahim Ghandoor the intra-Sudan settlement, along with Libyan reconciliation.

Saudi-Led Intervention in Syria Off Table at Coalition Talks – Sudan FM
MOSCOW (Sputnik) — Russian Foreign Minister Sergei Lavrov discussed on Friday with his Sudanese counterpart Ibrahim Ghandoor the intra-Sudan settlement, along with Libyan reconciliation, according to a statement published on the Russian Foreign Ministry's website.

The ministers exchanged views on the issue of the intra-Sudan settlement, as well objectives of the reconciliation in Libya and the Sahel region, which covers several African countries, including South Sudan, alongside central and southern Sudan.

According to the statement, Moscow and Khartoum reaffirmed their commitment to jointly work on a wide range of areas to expand bilateral cooperation, including trade and economic sphere, as well as to maintain active political dialogue on key issues of regional and international agenda.

Russia and Sudan have maintained a strong economic and political partnership since the African nation split into two sovereign entities in 2011. In 2014, the parties agreed to promote cooperation in a wide range of areas, including healthcare, mineral prospecting, and the financial sector.