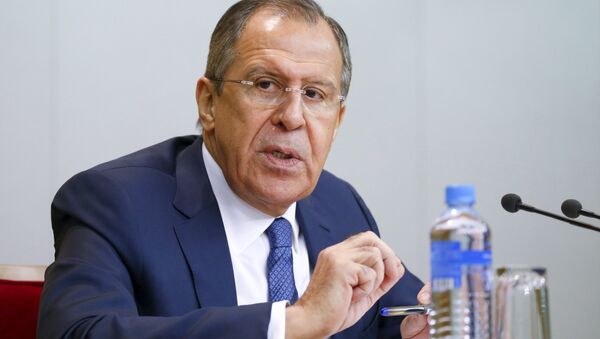 SOCHI (Russia) (Sputnik) — According to Lavrov, these are the same principles that underpin the efforts to settle other conflicts in the region, namely in Libya, Yemen, Iraq, and Afghanistan.

"Both Russia and Bahrain want to see a stable Syria, a country in which the foundations of the secular state are strengthened, a country that ensures its territorial integrity and within the framework of which the rights of all its citizens, without exception, are guaranteed," Lavrov said.

Syrian Volunteers Training to Fight Terrorists
He also said that Russia and Bahrain share the same view on the inadmissibility of actions that could result in a state being dismantled.

"Our common position is that we should first of all set goals for the international community — the uncompromising struggle against terrorism, the peaceful settlement of different conflicts in the [Middle East] region and, of course, the inadmissibility of actions that lead to the dissolution of the state," Lavrov said.

Syria has been mired in civil war since 2011, with the country’s government fighting multiple opposition factions and extremist groups.

Last week, the United Nations postponed the reconciliation talks between the Syrian government and opposition delegations as the parties were unable to reach a compromise on a number of issues. The negotiations are expected to resume on February 25.