Russian Navy Could Increase Presence in Mediterranean to 20 Warships 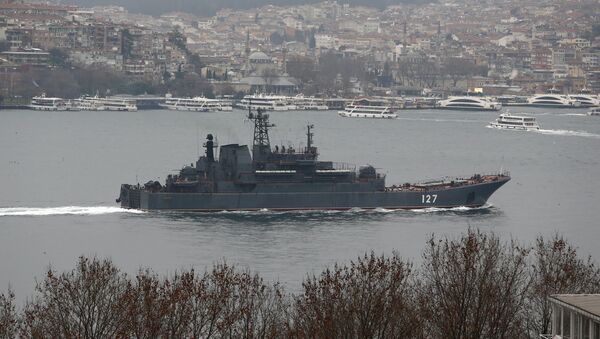 According to a military diplomatic source, Russia’s Mediterranean Sea ship task force could reach 20 warships depending on set assignments.

“The number may vary between 10 and 20 warships and other vessels depending on the intensity of the situation or an increase in assignments. Missile, anti-ship, and landing ships make up the basis of the permanent forces in the Mediterranean Sea. Provision groups are charged with ships to support the fleets on a rotation principle,” the source told RIA Novosti.

In July 2015, Black Sea Fleet Commander Admiral Alexander Vitko said that the average number of Russian Navy ships in the Mediterranean at that time numbered 10 warships, as well as some support vessels.