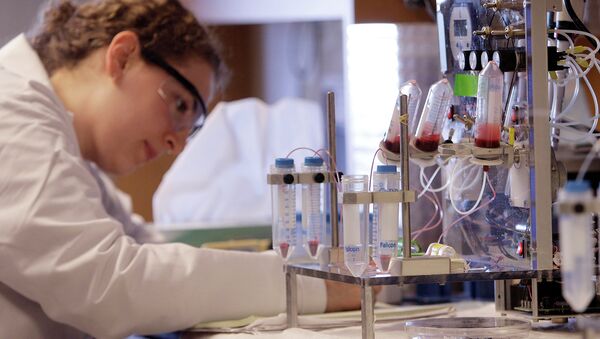 © AP Photo / Stephan Savoia
Subscribe
The Eurasian Federation of Oncology (EAFO) announced the creation of a foundation to fight against cancer in Russia.

Russia to Start Exporting Cancer Treatment Microsources to EEU, Middle East
MOSCOW (Sputnik) — The Eurasian Cancer Foundation's (EACF) aims are to promote early cancer detection, the adoption of a complex approach to cancer treatment and the implementation of advanced practices in the spheres of cancer prevention, detection as well as treatment, the EAFO said.

Dr. Somasundaram Subramanian was named the founder of the EACF, while the EACF's panel of experts includes representatives from many countries, including the United States, Hungary and Jordan.

According to the World Health Organization (WHO), in 2014 at least 16 percent of the approximate 2.1 million total deaths in Russia were caused by cancer.