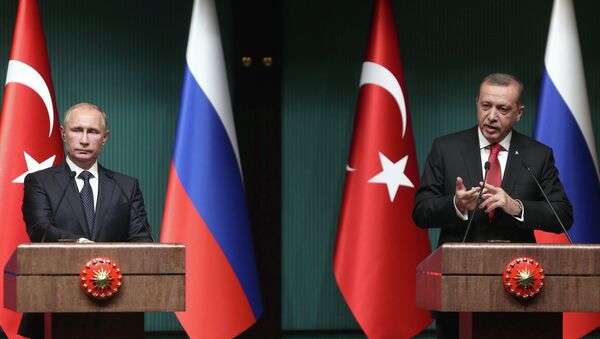 Turkish President Recep Tayyip Erdogan said on Saturday he wanted to talk to Russian President Vladimir Putin after an incident with a Russian aircraft, which had allegedly violated Turkish airspace.

The Russian Embassy in Ankara confirmed on Saturday that the ambassador had been summoned, however, did not disclose the reason for the meeting.

"Yesterday there was a violation of our airspace by a Russian aircraft. Such irresponsible steps in which we see an escalation of the crisis are not beneficial either for Russia or the NATO-Russian relations, or regional and global peace," Erdogan told reporters.

"I asked the deputy foreign minister to contact the Russian side, and inform that I want a personal conversation with President [Vladimir] Putin. Our ambassador informed that this information had been transmitted [to the Russian side], but so far we have not received any response," the Turkish leader said.