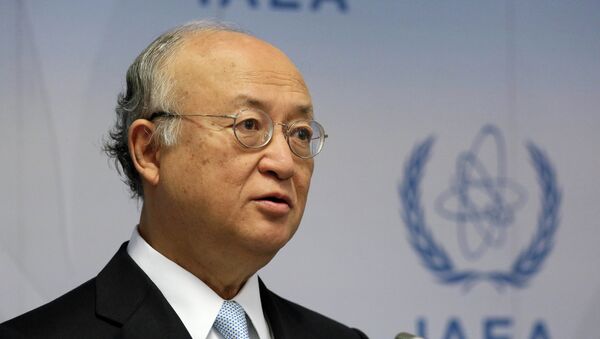 The chief of the International Atomic Energy Agency (IAEA) said Tuesday he would accept nomination for a third term in office, in a key note speech at the Vienna headquarters.

"In order to offer much-needed continuity, I would be very happy to serve another term should Member States continue to place their confidence in me," Amano said.

The veteran Japanese diplomat admitted that several member states of the 167-nation organization had encouraged him to run for a third term. A formal communication on the nomination will be made in due time, he said.

In July, IAEA celebrated a major victory when Iran agreed to scale down its nuclear program in exchange for sanctions easing. The watchdog confirmed last week that Tehran complied with its key obligations.