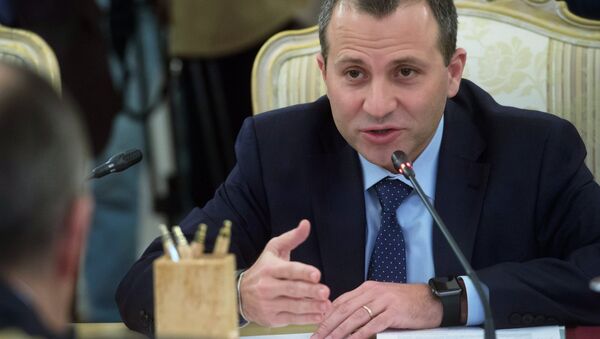 Lebanon's Foreign Minister Gebran Bassil said that Lebanon does not agree with the statement of Arab League condemning Iran.

Arab League member states' foreign ministers held an emergency meeting in Cairo on Sunday over the ongoing diplomatic row between Saudi Arabia and Iran. The meeting's closing statement accused Tehran of "provocative acts," while Lebanon, as well as Iraq, abstained from voting on the statement, reports said.

"We protest the statement due to its mentioning of the Lebanese Hezbollah organization and accusations of terrorist activity. It [Hezbollah] is represented in the country's parliament and government, and thus we demanded removal of the expression for Lebanon's position to be identical with the common decision," Bassil said.