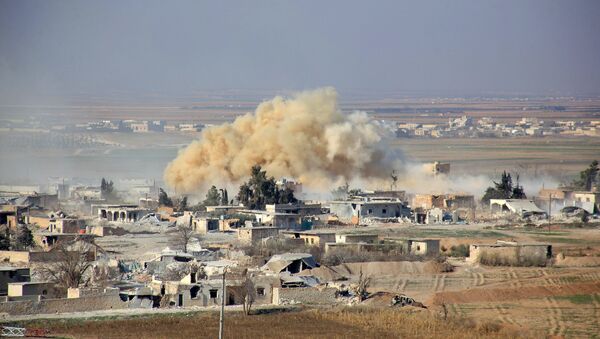 Saudi Arabia will attend the next round of UN-facilitated talks on Syrian peace despite cutting diplomatic ties with Iran, the Saudi ambassador to the UN said.

US Reaction to Saudi Executions Weaker Than Condemnation of Iran, Syria
UNITED NATIONS (Sputnik) — A diplomatic row erupted late Sunday after Saudi Arabia broke off ties with Iran over the storming of its embassy in Tehran following the execution of a prominent Shiite cleric by Saudis.

"We will attend the next Syria talks," Saudi Arabia's permanent representative to the UN Abdallah Mouallimi told reporters on Monday.

The next UN talks on how to bring peace to Syria will be held in Geneva on January 25.

Mouallimi accused Iran of having not being "very supporting" and "positive" in the efforts to stop bloodshed in Syria even before the diplomatic breakdown. "They have been taking provocative and negative positions," he said.

Saudi Arabia and Iran are backing the opposing sides in the Syria conflict, with Tehran supporting the Shiite government and Sunni-ruled Riyadh demanding that Syrian President Bashar Assad step down.

EU foreign policy chief Federica Mogherini has warned the two main regional rivals that security and stability in the Middle East was at stake, particularly with regard to the Syrian crisis.