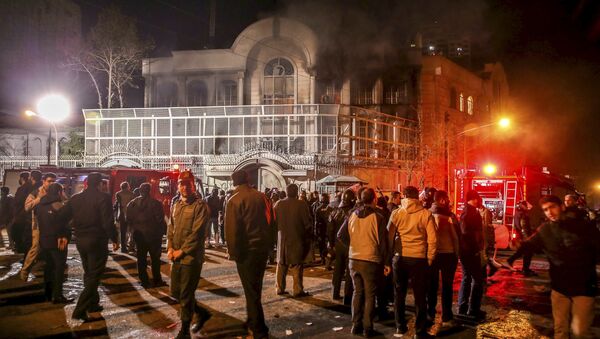 Islamabad will try to facilitate communication between Riyadh and Tehran amid a diplomatic row.

MOSCOW (Sputnik) — Islamabad is ready to "bridge the divide" between Iran and Saudi Arabia amid the breakdown in the two countries' diplomatic relations following the execution of a Shia Muslim cleric, the adviser to the Pakistani prime minister on foreign affairs said in a statement on Tuesday.

"Pakistan will continue to play an active and balanced role as an important member of OIC [the Organization of Islamic Cooperation] and a friend of both Saudi Arabia and Iran to bridge the divide," the statement quoted Sartaj Aziz as saying.

Saudis Seek Chaos to Cover Terror Tracks
On Saturday, Riyadh announced it had executed for alleged terror-related offenses 47 people, including a prominent Shiite cleric Nimr al-Nimr, whose death sparked protests in Shiite-dominated areas in the region, including Iran.

On Sunday, a raging mob stormed the Saudi diplomatic missions in Iran. Following the attack, Riyadh announced it would sever diplomatic ties with Tehran.