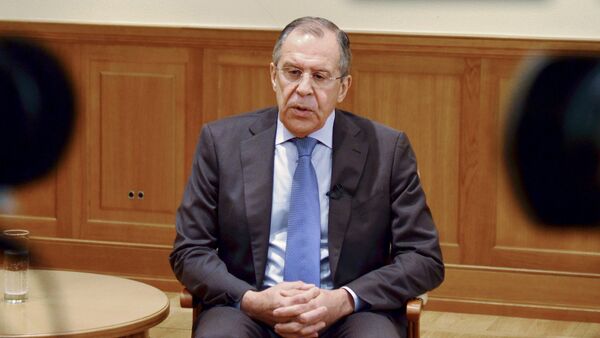 MOSCOW (Sputnik) — Russia considers Iraq to be an important partner in the fight against terrorism and cooperation between the two countries in this field is advanced, Russian Foreign Minister Sergei Lavrov said Friday.

"As for our cooperation with Baghdad in combating international terrorism, it is of an advanced nature," Lavrov told RIA Novosti in a written interview.

The minister noted that Russia is providing Iraq with assistance in the military-technical sphere, and that an international center to help coordinate the fight against the Islamic State has been set up in Baghdad. The center was established in September by Russia, Iraq, Iran and Syria.

Defeating Daesh Depends on Broad International Coalition - Lavrov
The Islamic State (ISIL), also known by its Arab acronym Daesh, has been designated a terrorist organization by numerous countries, including Russia.

According to Lavrov, a broad international coalition to fight the group is within reach.

"We are convinced that the creation of a united front against terrorism is an achievable task. For this, we must put aside differences and ambitions, abandon the practice of double standards, attempts to use terrorists for geopolitical games," he said.