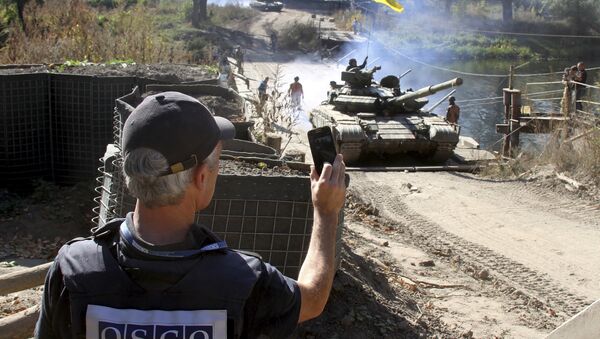 Russia does not intend to increase its contribution to the Organization for Security and Co-operation in Europe’s (OSCE) unified budget next year, the country’s envoy to the 57-member body said Friday.

"This situation will become clearer closer to the end of the year, but the Russian side does not intend to increase its budget allocations," Alexander Lukashevich said in an interview with the Russian Kommersant daily.

Noting the difficult ongoing negotiations toward a unified OSCE budget for 2016, Lukashevich said the majority of Western members advocate for increased contributions, including in extra-budgetary areas.

The Russian permanent representative said Moscow’s input to the OSCE’s budget has grown over the years, including $1.7 million provided to the Special Monitoring Mission (SMM) in east Ukraine and a voluntary $650,000 donation to its work.

Lukashevich said the Russian mission is in favor of optimizing spending and easing the constraints on member states’ budgetary contributions to the OSCE, whose coffers totaled over $150 million last year. He added that his delegation wants the Office for Democratic Institutions and Human Rights (ODIHR) to provide exact expenditure figures on each monitoring mission.

"It is a legitimate and logical approach. But the bureau constantly avoids providing this data, and we are forced to raise the question with the OSCE secretariat to conduct an audit of the ODIHR."

The envoy added that the 37-person mission aims to "bring some order" to the OSCE and improve ODIHR’s financial accountability instead of cutting Russia’s contribution.