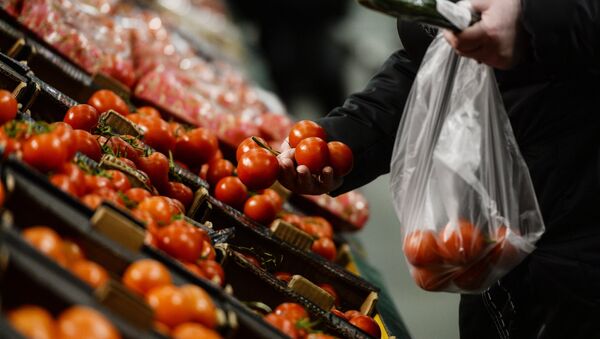 According to Russia's Minister of Agriculture, Moscow will boost control over the delivery of agricultural and food products from Turkey.

MOSCOW (Sputnik) — The Russian government has instructed the country's agricultural watchdog Rosselkhoznadzor to strengthen control over the products imported from Turkey, the Russian minister of agriculture said Thursday.

"Given the repeated violations of Russian standards by Turkish producers, the Russian government has instructed the Rosselkhoznadzor to introduce strict controls over the delivery of agricultural and food products from Turkey and arrange additional checks at the border and at production sites in the Republic of Turkey," Alexander Tkachev said as quoted by the ministry's press service.

According to the minister, on average, 15 percent of Turkish agricultural products do not comply with Russian standards. He added that the Russian authorities detected residues of banned and harmful substances in the Turkish products of animal origin 40 times since the beginning of the year.

S-400 in Syria: Russia Gives 'Stark Warning' to Turkey
On Wednesday, Russian media reported that local authorities could impose restrictions on imports from Turkey as a responsive measure to the downing of the Su-24 jet while Rosselkhoznadzor announced health and sanitary claims against a Turkish company specializing in poultry production and processing.