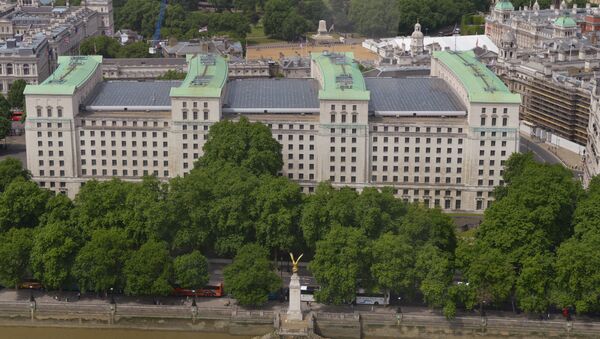 MOSCOW (Sputnik) — On Friday, the ministry said in a statement that the United Kingdom planned to create a small military group in Egypt to “better understand” the situation in Libya and issues of regional security.

The UK Defense Ministry told Sputnik that initially it will be three UK staff and they will meet with the Egyptian counterparts in Cairo on a fortnightly basis to discuss Libya, shared security concerns, regional stability and so on.

The ministry added that the team will not be based in Egypt, but will meet with counterparts in Cairo every two weeks. Details are still unclear and specific UK staff members have not yet been identified.

UK to Raise Number of Intelligence Staff Over 5 Years to Counter Terrorism
The ministry also added that Egyptian and British military will hold discussions on Libya, Libyan security, understanding on identifying opportunities for cooperation on the region as a whole.

The statement comes after Egyptian President Abdel Fattah Sisi arrived in the United Kingdom last week for the talks with the UK leadership, including Defense Secretary Michael Fallon.

Libya has been in a state of civil war since early 2011 after Arab Spring protests led to the overthrow of long-time leader Muammar Gaddafi. Internal instability has allowed Islamic State jihadist group to gain ground in the country.

IS activities in the country came under the spotlight after reports emerged that the gunman who killed 38 foreign tourists, mostly Britons, at the Tunisian beach resort of Sousse in June, was trained at Islamic State camp in Libya.