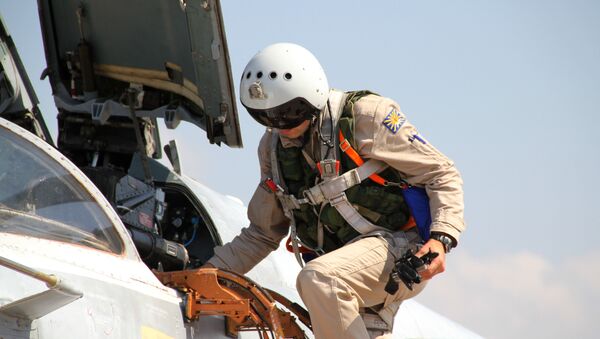 The length of Russia's air campaign in war-torn Syria will depend on the success of the Syrian army's ground offensive against terrorists, Kremlin Chief of Staff Sergei Ivanov said Tuesday.

Russia Achieves Success in Syria While US Allies Worry About Money
HELSINKI (Sputnik) — Russia launched an air operation in Syria on September 30 at the request of President Bashar Assad, targeting terrorist positions with pinpoint airstrikes.

"As for Syria, I think that the operation will continue for some time…Its length depends on the success of Syrian army operations on the ground," Ivanov, who is on a visit to Finland, told reporters.

According to latest reports by the Russian Armed Forces General Staff, the Russian attack aircraft have so far carried out more than 1,600 combat missions in Syria hitting over 2,000 terrorist targets, including command posts, arms and fuel depots, as well as training camps.