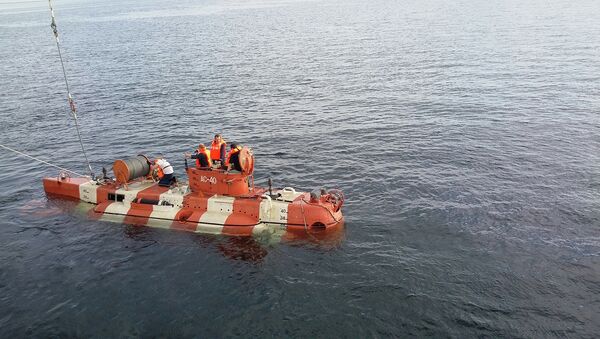 MOSCOW (Sputnik) — According to the statement, St. Petersburg-based Admiralty Shipyards, a leading enterprise of the Russian shipbuilding industry and part of the United Shipbuilding Corporation, "signed the act of state acceptance on completion of state trials" of the Bester-1, "which will be transferred to the Navy of Russia in the near future."

Vehicle tests were carried out with the Igor Belousov, an advanced search-and-rescue ship, in the Baltic Sea. The vehicle will become the main element of the submarine rescue system aboard the ship.

The six-member crew of the Bester-1 passed necessary training with an underwater vehicle of similar design in the Northern Fleet, the statement reads.

Russia is currently performing a $325-billion rearmament program to achieve a 70-percent modernization of its military by 2020.