IMF May Include Chinese Yuan as International Reserve Currency in November 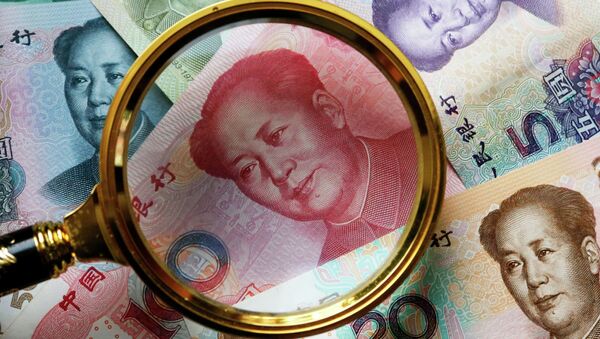 The IMF will make its decision on enlarging the Special Drawing Rights currency reserve basket to include the Chinese yuan by November.

“One of the discussions that the members of the IMF — i.e., the 188 member countries — are going to have to decide on is whether or not to enlarge that basket to eventually add the yuan as well, and that discussion will take place in November,” the spokesman confirmed.

A change in the current makeup of the SDR currency basket will require a 70 percent of the IMF vote.

“The decision is ultimately a decision that our member countries, represented by the IMF Executive Board, have to take,’ the spokesman noted.

During the last five-year SDR review, which concluded at the end of 2010, the Chinese yuan met one of the two major criteria for joining the SDR basket, due to China's status as a powerful export economy. However, at the time the yuan did not meet the IMF Board’s criterion as a "freely usable" international currency, according to IMF reports.

On Monday, media reported that a draft document on the yuan's inclusion in the SDR basket had reached favorable conclusions ahead of the planned November vote.