EU to Give Turkey Up to $3.4Bln if Ankara Cooperates on Refugee Crisis 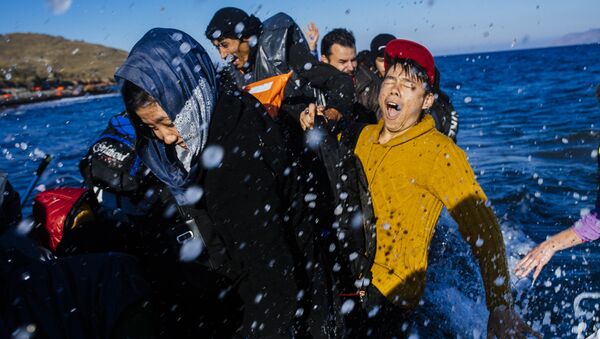 The European Union may provide Turkey with about 3 billion euros ($3.4 billion) in exchange for Turkey’s efforts to limit the amount of refugees traveling to Europe.

BRUSSELS (Sputnik) — The European Union is considering providing Turkey with between 2 billion ($2.28 billion at current exchange rates) and 3 billion euros ($3.4 billion) in exchange for cooperation on easing a massive refugee influx to Europe, the commissioner for European neighborhood policy and enlargement negotiations said Thursday.

Brussels is investigating speeding up visa liberalization processes with Ankara in exchange for Turkey’s efforts to limit the amount of refugees traveling to Europe, Johannes Hahn said in an interview with Der Standard newspaper.

The European Union is eager to assist the country in providing health care, employment and education to refugees fleeing violence in their home countries and arriving in Turkey, so that people would be less inclined to go to EU states, Hahn said.

Turkey is a major gateway for refugees wishing to reach the relative safety of Europe.

Amid what has been called the worst migrant crisis since World War II, Ankara has declared an open-door policy for refugees and has spent about $7.6 billion to date to host some 2.2 million Syrian refugees, according to Turkish Deputy Prime Minister Numan Kurtulmus.

In late September, European leaders agreed to use UN programs to allocate at least 1 billion euros to help Syrian refugees in Turkey as well as other nations hosting Syrians.