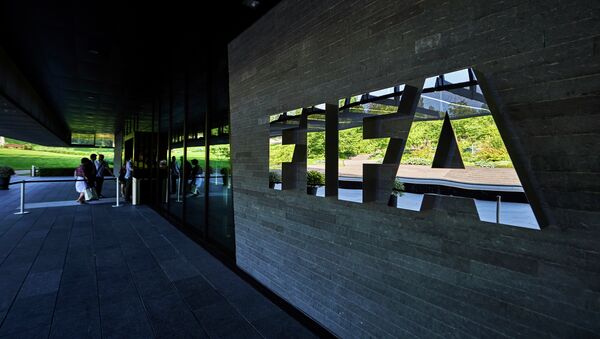 The FIFA ethics committee launched a probe into corruption claims against presidents of UEFA and FIFA.

Swiss Authorities Open Court Case Against FIFA President Blatter
On Friday, the Swiss Office of the Attorney General said that the country's authorities had opened criminal proceedings against Blatter on suspicion of criminal mismanagement and misappropriation. Blatter is also suspected of disloyal payments of $2.05 million to Platini in 2011 at the expense of FIFA, for work allegedly performed in 1999-2002.

The same day, Blatter' lawyer Richard Cullen said that the Swiss criminal investigation would undoubtedly clear the defendant of any wrongdoing as soon as they reviewed the documents and the evidence.

In May, several high-ranking FIFA officials were arrested on a US federal corruption warrant. The scandal led to Blatter’s resignation days after he was re-elected to a fifth term, regardless of FIFA reports that he was not involved in the corruption schemes.