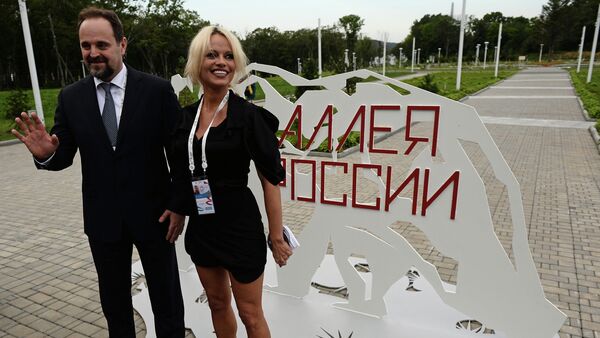 As part of her visit to the Eastern Economic Forum to talk about animal preservation issues, movie star Pamela Anderson visited the Amur tiger rehabilitation center.

Pamela Anderson also discussed preserving the environment with Russia's nature minister Sergei Donskoy, including the preservation of endangered Amur tigers. During her visit to the Amur Tiger Center, which seeks to grow the wild tiger population and rehabilitate captive animals to survive in the wild, Anderson called the efforts inspiring. 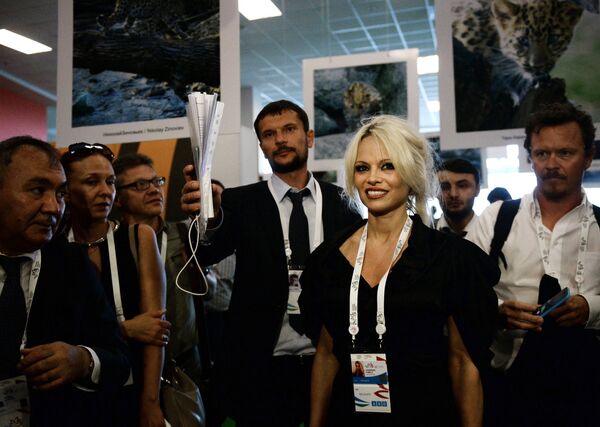 Anderson also called for an end to animal captivity on her website, calling her visit to the reintegration center inspiring.

"Our children learn more about them through nature films than seeing them miserably confined, and it sends a harmful message," Anderson wrote.