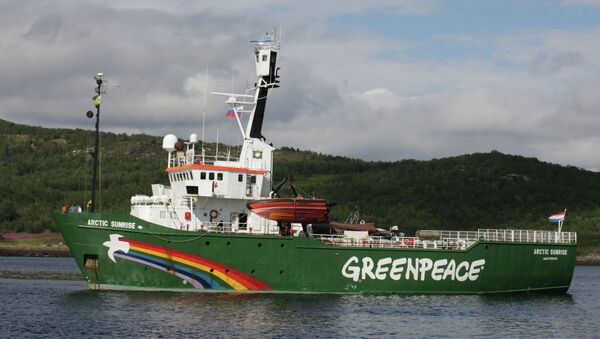 On Monday, the Hague-based Permanent Court of Arbitration ruled that Russia must compensate the Netherlands over the 'illegal' seizure of the vessel.

"The Russian Federation did not take part in the proceedings and continues to believe that the formed arbitral tribunal does not have jurisdiction in this matter," Zakharova said in a statement.

Russia Should Compensate Dutch Over Arctic Sunrise Seizure - Int'l Court
She added that Moscow would assess the court's decision, but "it can already be concluded that the verdict does not fully take into account all aspects of the incident involving the activists of 'Greenpeace', as well as relevant to the case law and judicial practice."

Zakharova stressed that the arbitration court's decision would encourage protest activities at sea that breach rights of individuals and states.