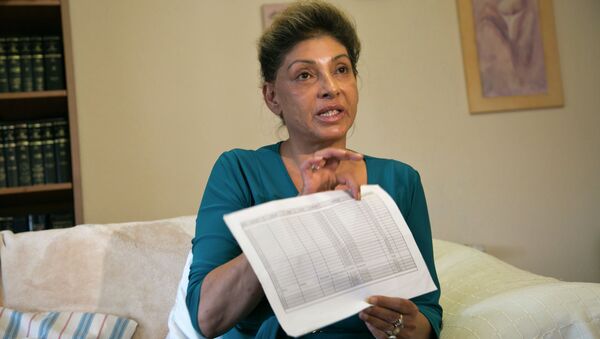 © AP Photo / Visar Kryeziu
Subscribe
A London-based whistleblower described the EU mission in Kosovo's warning of possible prosecution as an attempt to silence her after she disclosed details of bribery practices among senior mission staff, the Guardian reported Monday.

US Steps-Up Pressure on Serbia to Sign Accord With Kosovo in 2015 - Nuland
MOSCOW (Sputnik) – Maria Bamieh, a London-based lawyer who had worked with the mission known as Eulex since 2008, has claimed she was forced out in 2014 after disclosing documents proving that senior members of the mission's staff were involved in corruption.

Eulex warned Bamieh that she could be prosecuted for leaking confidential documents, the paper said. The whisleblower has denied the accusations, claiming she only disclosed the documents after being suspended from the mission.

"These latest developments only serve to demonstrate the lengths to which the relevant powers will go to prevent my concerns from being openly discussed. Despite this, I shall not be cowed and I shall not be intimidated," the newspaper quoted Bamieh as saying.

According to the Guardian, Eulex has asked the tribunal for privacy and anonymity orders during the remaining stages of the proceedings.

Bamieh's solicitor, Peter Daly, was quoted by the paper as saying that the EU Kosovo mission's threats and the "highly unusual request for blanket anonymity and desire to obscure these proceedings from any scrutiny – do not appear to sit comfortably with Eulex’s function as a protector of the rule of law."