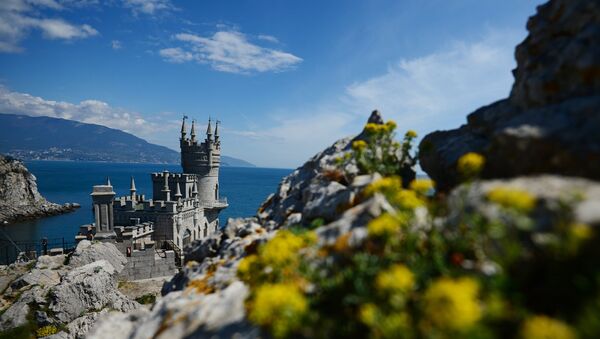 © Sputnik / Konstantin Chalabov
/
Go to the photo bank
Subscribe
A delegation of French MPs, headed by former French Minister of Transport Thierry Mariani, is expected to become the first large group of high ranking Western politicians to visit Crimea since it reunited with Russia. 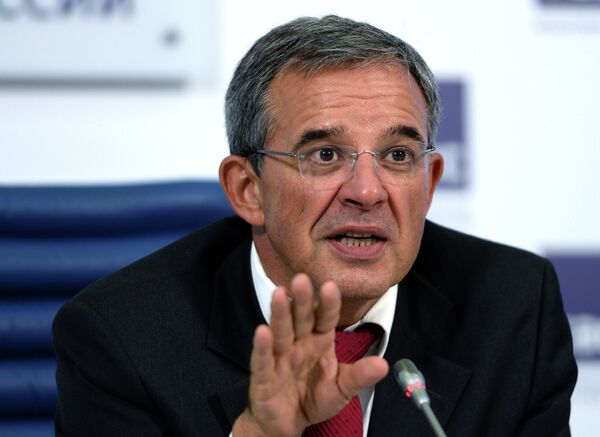 Crimea is an intrinsic part of Russia with regard to history, culture and demography, Mariani told Sputnik, adding that some French MPs and a large part of French nationals agree with this.

A delegation of French MPs, headed by former French Minister of Transport, is on its way to the Black Sea peninsula to "see what is really happening in Crimea with their own eyes," the politician explained. He pointed out that they lack truthful information on the region and the coverage of the events in Crimea is limited and one-sided.

The French delegation is expected to become the first large group of high ranking Western politicians to visit the Crimean Peninsula after it reunited with Russia in March 2014 following a referendum. Over 96 percent of Crimean residents voted in favor of the move.

"We are visiting Crimea to make a political stance. There is the official viewpoint of the French government but some of our MPs disagree with it. … You can cite any text but history, tradition and culture are more potent than any writings. Regardless of anything everyone understood that Crimea is Russian and that sooner or later the international community would accept this fact," Mariani noted.

The French government, according to the politician, made it clear that the visit goes against the official stance. "We are fully aware of this," he said. "Our views reflect those of some members of parliament and a large part of the public," he added.

Even Detractors Admit That Crimean Question is Off the Table – Lavrov
The French MPs are expected to meet with local authorities and Crimean residents. However, this will not be the first visit for Mariani, who traveled to Crimea in 2002 to take part in restoring a French military cemetery in Sevastopol.

The visit is also aimed at strengthening ties between French and Russian businesses hurt by the restrictive measures imposed on Moscow by the West over its alleged meddling in the Ukrainian affairs. Russia has always denied these groundless claims.

"Everyone knows that the pressure exerted by the Americans and some Europeans prevents French and Russian businesses from actively cooperating," Mariani said, adding that the delegation will try to find ways to cement business ties between the two countries.

The French politician, who is a member of the The Republicans, a center-right political party led by former French President Nicolas Sarkozy, also added that sanctions have to be lifted since everyone understands that "there is no point in keeping them and Crimea will remain a part of Russia for a long time." 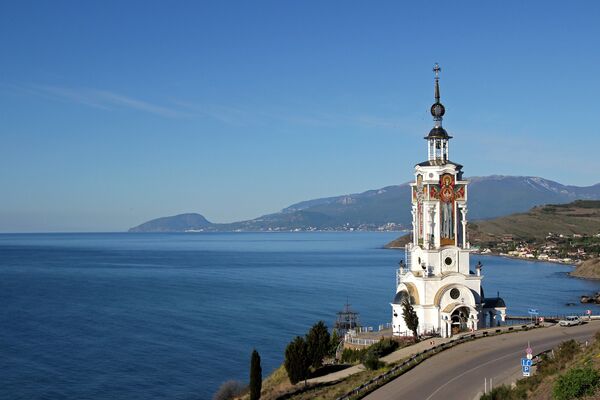 View of the St. Nicholas the Wonder Worker church/light house in the village of Malorechenskoye in the Crimea's Sudak District.
© Sputnik / Yuriy Lashov
/
Go to the photo bank

"I think we should recall what happened in the Balkans. Serbia's rebirth started on the day when the country made a final decision regarding Kosovo. It began on the day when Serbia told itself (I consider this a mistake) that Kosovo was no longer part of its territory. I think Ukraine is in the same position right now. At some point in time Ukraine will have to draw conclusions from history, from political events, from the mistakes its leaders made," Mariani asserted.

The French politician is also convinced that slogans and statements do not matter in the face of history.

"The reality of history is more powerful than a political stance of the moment. Crimea is Russian with regard to history, culture, demography despite the fact that for two decades the peninsula was part of Ukraine. … I think that if Crimea did not return to Russia, today it would have been in the same situation as Donbass," Mariani explained.

Kiev Hypocritical About Tatar Rights in Crimea While Ignoring Hungarians
The French politician called Crimea's reunification with Russia "a historical fact," adding that it is his personal stance not the view of the French government. "Truth of history always wins," he added.

Alexei Pushkov, chairman of the Russian State Duma's Foreign Relations Committee, called the visit "a breakthrough." The visit shows that there is another Europe, which does not want to counter Russia but seeks to understand what people in Crimea think, which acknowledges the referendum and that its results reflect the will of the Crimean people.

Yves Pozzo di Borgo, the member of the French Senate representing the city of Paris, will also join the delegation. 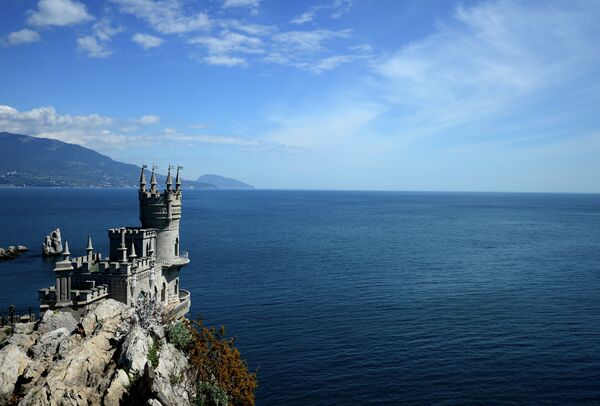 On July 23, the delegation will meet with Sergei Naryshkin, the speaker of Russia's lower house of parliament, in Moscow and will then travel to Simferopol accompanied by Leonid Slutsky, the chairman of the Russian parliamentary committee on the Commonwealth of Independent States and Eurasian integration.

Japan's Ex-PM Urges Abe to Lift Anti-Russian Sanctions
The delegation will also meet with the Head of Republic of Crimea, Sergei Aksenov, the speaker of the Crimean parliament, Vladimir Konstantinov and Sevastopol Governor Sergei Menyailo.

On July 25, the French delegation will be received in the Kremlin.

000000
Popular comments
Well, the problem with referring to historic facts is that there is not hard line where to stop. If you look a bit further back, then crimea should belong to todays Turkey, while the western half of Ukraine should go back to Poland, the western half of Poland incl. Kaliningrad needs to be returned to Germany, Lake Ladoga incl. Karelia goes back to Finland and so on. Where would you draw the line then?
Alexei Morzakin
22 July 2015, 12:17 GMT
000000
Alexei Morzakin, I suppose if one includes the other factors mentioned, language and culture, the conclusion would have to be that Crimea is Russian. The Tatar culture is a remnant of the Turkish period and is now a only small segment of the Crimea, about 10% of the population, and has guarantees of minority language status. Add to this the overwhelming preference of the people for reunification, as evidenced by the referendum and subsequent polling by American and Ukrainian companies, and it is difficult to see why the rest of the world doesn't recognise this reality, other than geopolitical considerations.