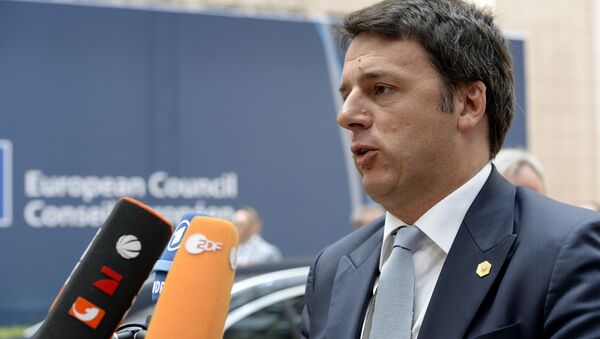 ROME (Sputnik) – Both meetings have been scheduled for Tuesday, two days after about 61 percent of Greek voters rejected the bailout program proposed by the international creditors in late June.

"There are two cases that should be quickly resolved in Brussels and the European capitals. The first one is about Greece, the country that has found itself in very harsh economic and social conditions. The meetings scheduled for tomorrow should define the way to solve this emergency situation."

He added that the second issue, even more complicated and urgent, concerns the entire Europe, in particular such problems as growth, infrastructure and common policies on migration, innovation and environment.

"If we stand still, if we are prisoners of the rules and bureaucracy, Europe will come to an end. It would not be easy to rebuild Europe after what has happened in recent years, but now is the right moment to do it all together."

He added that Italy would make its contribution to the process.