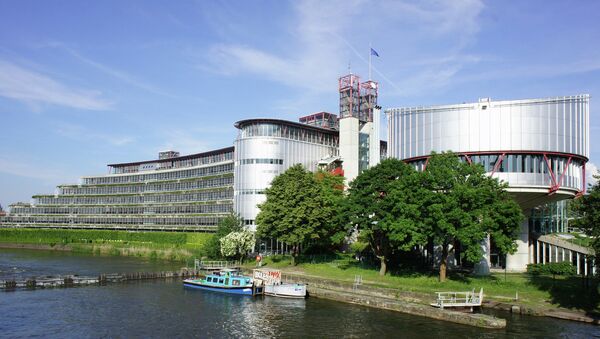 The Council of Europe is concerned by Russia’s questioning of the Strasbourg-based European Court of Human Rights' (ECHR) writs of executions, Secretary General of the Council of Europe Thorbjorn Jagland said Friday.
Russia to Appeal ECHR Yukos Case Verdict by October 30
STRASBOURG (Sputnik) – On June 15, more than 90 deputies of the Russian State Duma sent a request to the country's Constitutional Court to clarify how ECHR writs of executions should be applied in Russia. The move comes after the court instructed Russia to pay $2.1 billion to now-defunct Yukos oil company investors for violating their right to judicial relief and a fair trial.

"We’re concerned that the authority of the European Court of Human Rights is undermined. Europe has an integrated legal space. This means that the court has the final word. If we start to consider its rulings as advisory, then it is not a united legal space," Jagland told RIA Novosti in an interview.

The Russian Justice Ministry launched an appeal against the ECHR decision, arguing that it was neither fair nor impartial, but this was rejected.

In July 2014, the Permanent Court of Arbitration in the Hague awarded $50 billion in compensation to former Yukos shareholders.

Following the court’s ruling, France and Belgium froze Russian accounts and real estate assets abroad. The list of affected organizations included the majority of Russian banks with subsidiaries registered in Belgium and France, as well as the representative offices of Russian organizations located there.

Yukos was declared bankrupt in 2006 by Moscow's Court of Arbitration. State-run Rosneft subsequently acquired about 80 percent of the company's assets.