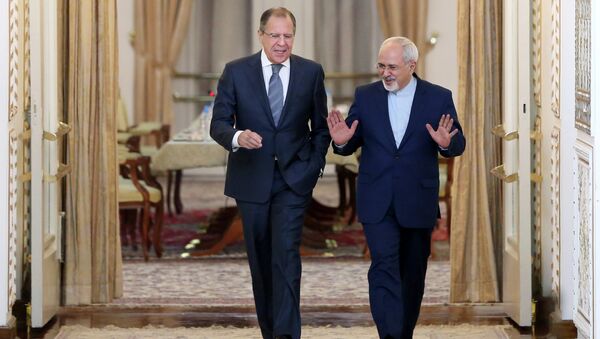 "Yes, it will be a bilateral meeting," Araghchi told RIA Novosti when asked about Foreign Minister Zarif’s plans during his visit to the Russian capital.

Next Thursday, Moscow will host a security conference for the Shanghai Cooperation Organization (SCO), to which Iran is an observer state.

The SCO comprises Russia, China and Kazakhstan as well as other Central Asian republics of Kyrgyzstan, Tajikistan and Uzbekistan.

US State Secretary, Iranian Foreign Minister Begin Talks in Geneva
Russia is one of the nuclear powers in the P5+1 group that, last month, negotiated a framework agreement with Iran on curbing the Islamic republic’s nuclear energy program.

Negotiators are working toward the end-of-June deadline to reach a comprehensive agreement that would also usher in the removal of energy-related sanctions from Iran.