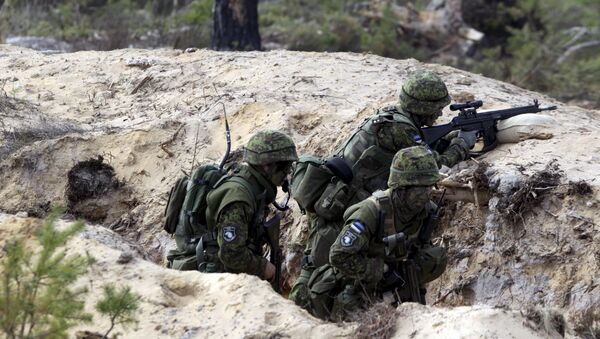 Large-Scale NATO Drills on Defusing Naval Mines Kick Off in Estonia
Siil-2015 (Hedgehog-2015), NATO's largest-ever war games in Estonia, were monitored by an unknown drone, according to the Estonian newspaper Eesti Päevaleht; a spate of NATO countries is involved in the drills that are wrapping up on Friday.

Speaking on conditions of anonymity, a reservist told the newspaper that his unit was monitored by a suspected unmanned aerial vehicle at least three times during the drills.

"During one of its arrivals, the drone hovered over a camp, and everyone was on heightened alert. Next time, the drone flew over a completely random area in the forest, where one of our units was stationed at the time. But it was not just a casual interest," the reservist said.

He added that the command was briefed on the drone and that he was told to try to follow the drone to its possible landing spot; he said that he failed to do it because he was afraid of losing his way. 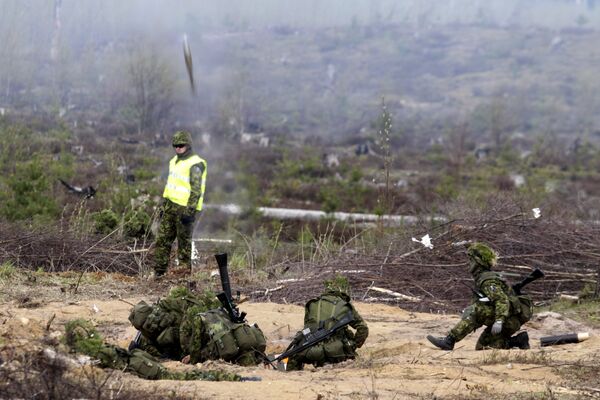 Meanwhile, Vallo Toomet, spokesman for the Estonian Defense Forces' General Staff, was quoted as saying that camouflaging and other passive safety measures were used against the drone.

Major War Games Kick Off in Estonia
He declined to elaborate on whether the drone was a reconnaissance plane from a particular country.

Under Estonian law, drones are allowed to fly everywhere, except restricted areas, such as those adjacent to airports. These areas do not include those related to military units or exercises.

Taking part in the Hedgehog-2015 drills are eight NATO members, including the US, UK, Germany and Poland. The military hardware being drilled includes advanced anti-aircraft systems, A10 "Warthog" ground-attack planes and Abrams battle tanks.