US Presidential Candidate Marco Rubio Would Re-Impose Sanctions on Cuba 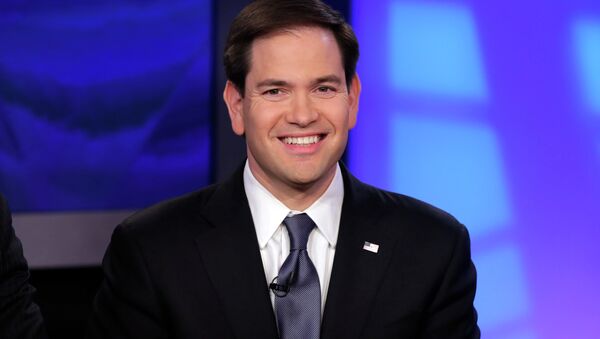 © AP Photo / Richard Drew
Subscribe
Re-imposing sanctions on Cuba will be one of the first steps taken in office, US Senator Marco Rubio said during a discussion on his 2016 presidential bid.

In December 2014, US President Barack Obama announced his intention to normalize US-Cuba relations. Obama argued the US embargo policy against Cuba that existed since 1961 was outdated and did not work.

“I would re-impose sanctions that can only be lifted to reciprocal steps on behalf of the Cubans,” Rubio said at the Council on foreign Relations on Wednesday.

US to Hold ‘Additional Conversations’ With Cuban Government in May

The momentous shift in policy opened the possibility of lifting travel, financial transactions and communication restrictions between the United States and Cuba.

Rubio argued if the Cuban government wants greater engagement with US businesses, “then they will have to allow more democratic opening for alternative groups in society.”

“If they want more telecommunications opening, then the Cuban government will have to allow freedom of the press,” Rubio added.

White House Press Secretary Josh Earnest said in a briefing on Tuesday that the US government plans to have more talks with Cuban officials in May 2015 in order to advance the normalization of relations between the two countries.

Raul Castro announced on Tuesday that Cuba and the United States will exchange ambassadors after May 29, 2015.