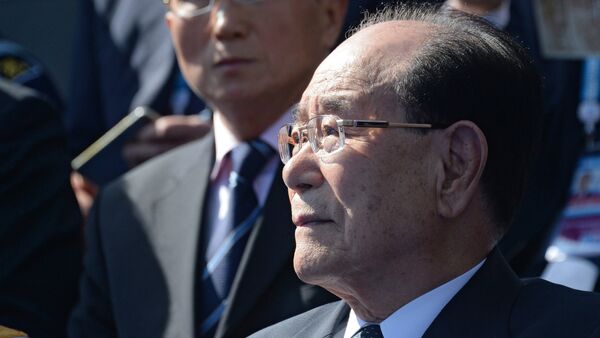 High-ranking officials from rivals North and South Korea met each other during the Moscow Victory Day celebrations marking the 70th anniversary of the Soviet Union’s victory over Nazi Germany, diplomatic sources reported, according to Yonhap News.

The two Korean officials exchanged pleasantries during their short encounter, the source said.

Previously, Yoon Sang Hyun said he would look for more active contacts with North Korea to develop the inter-Korean relations.

"I have no plan (to meet with Kim Yong Nam in Moscow). But if there is a chance to contact the North Korean side, I will express the Park government's sincerity on inter-Korean dialogue," Yoon commented, before leaving to Russia on Friday.

Earlier this year, Russia invited Kim Jong Un to the Moscow Victory Parade. The whole world was intensely waiting to see whether Kim would use the opportunity to make his first overseas appearance since becoming North Korea's leader in 2011.

During his stay in Russia, South Korea's Yoon is expected to meet with Yuri Ushakov, Vladimir Putin's foreign policy adviser, before returning to Seoul on Tuesday.