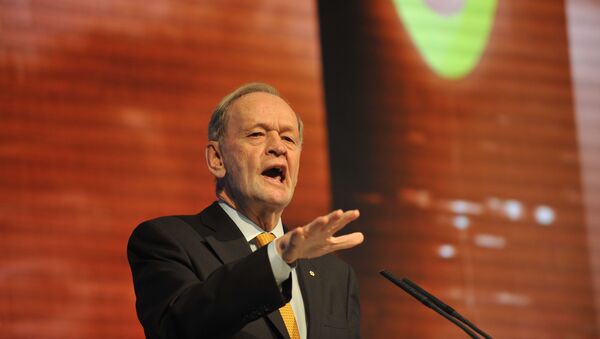 Former Canadian Prime Minister Jean Chretien will meet Russian President Vladimir Putin next week in Moscow to discuss relations between the West and Moscow, severely strained over the last year, The Globe and Mail reported.

The main agenda for Chretien's meeting with Putin will be the current state of relations between the West and Russia, National Post said.

Canada’s Prime Minister Announces New Anti-Russia Sanctions
Over the past year, Canada has suspended a lot of its diplomatic cooperation with Russia, accusing Moscow of annexing Crimea. A professor of Political Science at the University of Calgary said relations between the two countries are probably at their lowest they have been since the end of Cold War.

Chretien will meet Putin on behalf of the InterAction Council, a group of former world leaders. The former prime minister is a co-chair of the 41-member council that includes former US President Bill Clinton and former UK Prime Minister John Major, among others. The council was established in 1983 to use the experience of former politicians. Its main objective is to develop recommendations and solutions for political, economic and social problems facing humanity.

Chretien was the prime minister of Canada between 1993 and 2003. Chretien's Liberal government enjoyed high popularity ratings during his term in office.